Turkey’s Supreme Election Board (YSK) has imposed a ban on the broadcast of the Justice and Development Party’s (AKP Party) election campaign song, claiming that it abuses the use of religious symbols. Pro-Kurdish Peoples’ Democratic Party (HDP) co-chair Selahattin Demirtaş said that “Tövbe Estağfurullah” (May God forgive me) would be a better slogan for the AK Party to use than “Haydi Bismillah” (In the name of God, let’s go!) for its upcoming electoral campaign.

The European Democratic Alevi Federation (FEDA) strongly reacted to Turkish troops’ attacks on Alevi martyrs’ cemeteries, saying that attack on sacred places is a reason to rebel against the Turkish government. FEDA called for solidarity during snap elections, which will be held on November 1st.

According to military sources, Turkish F-16s and F-4 fighter jets hit hideouts and underground ammunition depots in Iraqi Kurdistan. The depots, belonging to Kurdish Workers Party (PKK) members, were near Sina and Haftanin towns. Raids also took place in Darsim in the first day of the Islamic holiday, Eid al-Adha, leading to frustration among Kurds in Turkey. The U.S. Court of Appeals in New Orleans dismissed an attempt by the Kurdistan Regional Government (KRG) to overturn a judge’s earlier decision against its planned sale of oil to an unidentified buyer in the U.S. The KRG eventually sold the disputed oil to Israel — making the KRG’s appeal moot, the court said in a ruling.

Kurdistan’s Ministry of Natural Resources said Tuesday that the ruling would force the Iraqi oil ministry to drop its “baseless” lawsuit, saying, “although the KRG believes that the case should have been dismissed earlier, and for different reasons, the state of play remains the same: there is no prohibition on the KRG’s export of oil to the United States or elsewhere, and the KRG will continue to export [oil] as the Iraqi constitution permits.”

A security source in Kirkuk province announced on Tuesday, September 25th that the police chief of the so-called Islamic State was killed in an aerial bombardment by the U.S.-led coalition in Hawija, southwest of Kirkuk. Airstrikes continue to target ISIS positions south of Kirkuk “every day,” a source told the Washington Kurdish Institute. 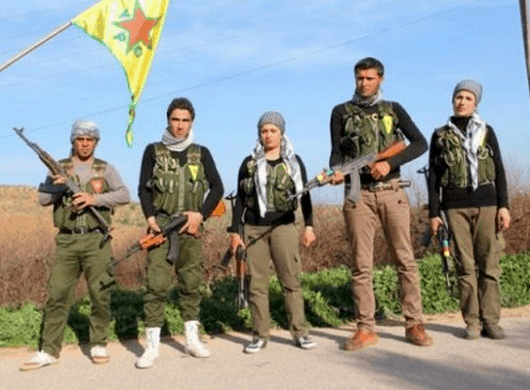 State Department spokesperson John Kirby came out in support of the Kurdish YPG in Syria, saying that United States doesn’t consider the Kurdish People’s Protection Units (YPG) to be a terrorist organization, and that they have proven to be a successful partner against ISIS in Syria. Turkish President Erdogan referred to the Kurdish YPG as terrorists twice in the past week. In the same week, Erdogan received the leader of Hamas, Khaled Meshal, a move many have criticized. Syrian PYD co-leader Salih Muslim said, “it is widely known that Turkish President Erdogan supports the extremist groups such as ISIS and Al Nusra, so there is no need for us to respond for his allegations against the YPG.”

Kurdish YPG forces made progress against ISIS militants in the northeastern Syrian province of Hasakah, military sources said on Wednesday. The YPG regained control of Tananir and Umm Hajar, two villages in the vicinity of Tell Brak in the eastern countryside of Syria’s al-Hasakah governorate. Clashes broke out between Kurdish fighters of the People’s Protection Units (YPG) and militants of the Islamic State (ISIS) near Sarrin, a town in the countryside near Kobane, a YPG official reported on Thursday. At least 15 ISIS militants were killed and 22 others wounded during clashes in the vicinity of Sarrin.

After adjourning its 6th annual Congress last week, the final resolution of the Democratic Union Party (PYD) Congress said, “co-chairs, party assembly members and Congressional delegates [have] reiterated their promise to keep their struggle going, and to [commemorate] the brave female and male martyrs of Rojava peoples.”

The resolution also promised to expand its grassroots efforts to involve the entire Syrian society, recognizing “the many different groups in Syria, which see [the PYD] as a representative of their demands and hopes for the future of Syria”. The PYD Congress also stated the importance of playing an active role in the development of more powerful relations with the other Kurdish regions. Many representatives from all regions of Kurdistan were present at the 6th Congress, and the PYD’s efforts to help foster the Kurdistan National Congress (KNC) could pave the way for the KNC to be the top decision-making body on behalf of all Kurds in the four parts of Kurdistan.

Finally, the 6th Congress recognized that women accounted for 16 out of 37 newly elected members of the Party Assembly, and the Congress’ final resolution stated that the representation rate of women in the Party Assembly had reached 43 percent.

A court in Iran’s Kurdish city of Sanandaj has sentenced 110 inmates– including four underage offenders– to death for manslaughter and drug trafficking, officials told the media Wednesday. Three of the convicts are political activists who were charged with anti-government actions and “opposition to the rule of God,” according to official statements from the court. Iran has one of the highest execution rates in the region with over 700 people executed so far this year, most of them convicted on drug-related charges, according to Amnesty International.